Consulting that brings your project to life 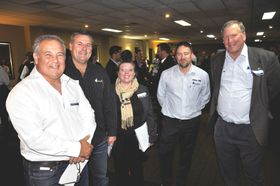 THE lure of latching onto a piece of the $1.6 billion construction of the Toowoomba bypass has drawn some of the biggest hitters in the game to the city. Italy's largest construction group Salini Impregilo sent delegates to sit alongside small-scale Toowoomba service providers as the State and Federal Governments hosted the first industry briefing for the project.

Salini Impregilo business development manager Omar Faruqi said the company was searching for new projects after setting up in Australia in 2012. It has one development currently underway - construction of a 4km elevated section of the Sydney Skytrain rail link worth $340 million.

"We're looking for other infrastructure projects. That's why we're at the industry briefing," Mr Faruqi said. Director of China Development Australia Nick Yen also sat in the Burke and Wills Hotel crowd. He said the China-based company had teamed up with Australia's UEA Civil and Mining to potentially make a bid for the project. "This is an important project so, internationally, everyone knows about it," Mr Yen said.

About 130 people attended the briefing which gave local suppliers like Downes Group a chance to promote their business to some of the deep-pocketed front-runners.

The Nambour-based company has offices in Toowoomba and Chinchilla and is a preferred supplier for surveying with the Department of Transport and Main Roads. "It's good to get out there and talk to the people wh 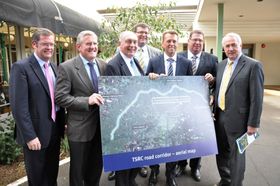 Brandon and Associates Engineering managing director Ray Hicks said it was a "wait-and-see" game. "We'll see what major contractors are involved and then we'll be knocking on doors," he said.

French company Bouygues has already been identified as one of the major contenders for the project and has partnered in a consortium with Toowoomba-based Wagners and FK Gardner and Sons.

Thiess Australia, Leighton Contractors and Easternwell parent company Transfield have also been singled out as hungry to get involved.